In Level 5, students will dive into 11 units from biology, chemistry, physics, and earth and space science, discovering truths about our interconnected world. They’ll explore electrical currents and convection currents. They’ll uncover the large scale of the Earth’s past and the small scale of the microscopic world. They’ll learn about light and about lightning.  They’ll delve into the differences between climate and weather and the differences between series and parallel circuits. And through it all, they’ll be asking questions, seeking answers, and having fun!

Scientific Connections through Inquiry Level 5 is intended for students in approximately grades 4-7, though because it is discussion-based it can be adapted for a wide range of ages.

The units covered in SCI Level 5 are: 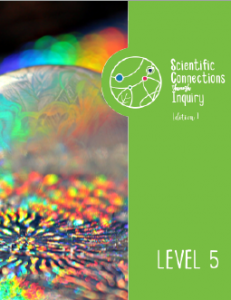 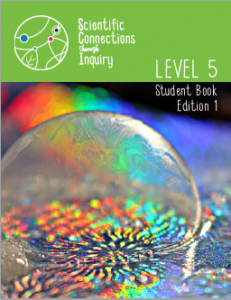